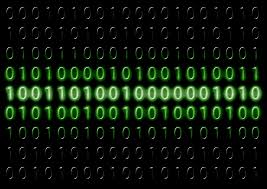 What is a Binary number system?

The binary number system is a number system that represents the mathematical numbers in zero (0) and one (1). It has only two symbols 0 and1. we use 1 for maximum value and 0 for a minimum value of numbers.

For example, we have a number 9, then the binary representation of number 9 is 1001.

So how we convert numbers to binary numbers.

Let’s take an example to understand how we convert numbers to binary numbers. let’s say we have the number 9, which is a math number. Now the question is, How we can represent 9 in a binary number.

Method to convert numbers into a binary number.

So when we divide the number 9 by 2. Then the reminder we get is 1001. To convert number 9 into a binary number. We arrange the remainder in the bottom to top or right to left approach.

So to arrange the remainder in the bottom to the top approach. We get the binary number 1001.By this is the binary representation of number 9.

We can also convert a base 2 (binary number) to a decimal number.

What are Bits and bytes

We all are work with base-10 numbers. The every mathematical condition based on 10 numbers from 0 to 9. The computer works with bits and bytes.

we all have 10 numbers, but the computer has only two numbers. A computer work with only bits and bytes. It can be a not(0) or it can be one(1). It cannot be the same at a time, either be one(1) or either be not(0).

How do the Bits work in our hardware?

Our computer is a very complex magnet, and bits are magnetic charges.  A Not(0) is a negative charge, and one(1) is the positive charge.

Our computer is a very delicate magnet. This is a reason if we used a powerful magnet on our computer. We could potentially store-wide data of hard drives.

We can solve the flow of the data to our processor. So the bit has worked with two charges, negative(0) and positive(1).

Note: it’s only because of the stick of a magnet on our computer is not a very good idea.

Conversion of Bit into Byte

I pick binary values, which are 0 and 1. let’s see, how we convert bit to byte is that.

We know that there are some types of bits systems.

In older times we used an 8-bit computer. It means that the computer is only able to process 8-bit at a time. It means we only used 8 once(1) and not(0) at a single time.

Thank you,
I hope you found this article helpful.

Most Popular CSS Frameworks in 2020

What is event in JavaScript?

What is the Console in JavaScript.